Joined Apr 22, 2010
·
12 Posts
Had/have a Taurus PT-145. Wanted a sub-compact .45acp polymer pistol with at least 10 rounds. It's 10+1 and has a great grip and feel. The major down fall is that the first new one I got didn't have a strong enough spring on the firing pin or spring on the striker. Even though it has double strike capability, i could pull the trigger on the same round 2 or 3 times before it would go off and sometimes not at all. So, at this point i sold the gun. I reported the problem and could have sent it back to the factory but i was too pissed at the time. Well, i decided to try another one. This PT-145 has a super strong firing pin striker, as it leaves a vertical gouge in the primer of the spent cases as they are ejected, now i wonder how long it will be until the tip of the firing pin breaks. Hope it doesn't. Has anyone had a similar issue like this? I use this pistol for carry conceal at least until Springfield Armory comes out with an XD Sub-Compact .45 acp.

Joined Sep 14, 2007
·
4,142 Posts
You shouldn't have to worry about your firing pin breaking. Using snap caps will prevent the firing pin breaking when you dry fire it. It'll get better as it breaks in. How many rounds do you have through your new gun (PT145)?
G

Joined May 27, 2011
·
2 Posts
I am sending my PT145 after a call to Tarus USA and cleaning firing pin and slide again it still NOT firing.This was my carry gun and I don't think I will ever trust it as I need it for a 4 foot snake that I walked up on 3 trigger pulls and still didn't fire ejected and chambered another round 3 trigger pull and didn't fire,I even primed up some empty with different heights still wouldn't fire PS the primer was struck on every round.

Joined Apr 21, 2017
·
172 Posts
I had a PT145 that was flawless. Never jammed and fired anything I ran through it which was a variety of 230 grain ammo. Guess I should have held on to it as it was a unicorn! The only reason I sold it was that I found it too heavy fully loaded for my liking to conceal carry. I got a Ruger LC9S and it is much easier and more comfortable to carry. I was using the PT145 as my woods gun until I got a Henry Big Boy .44 magnum rifle and decided I needed a .44 magnum revolver for a woods gun. Sold the Taurus PT145 and all my .45 ammo to finance it's replacement - a Taurus Tracker in .44 magnum. I haven't had any issues with the Tracker either.

Double20 said:
I had a PT145 that was flawless. Never jammed and fired anything I ran through it which was a variety of 230 grain ammo. Guess I should have held on to it as it was a unicorn! The only reason I sold it was that I found it too heavy fully loaded for my liking to conceal carry. I got a Ruger LC9S and it is much easier and more comfortable to carry. I was using the PT145 as my woods gun until I got a Henry Big Boy .44 magnum rifle and decided I needed a .44 magnum revolver for a woods gun. Sold the Taurus PT145 and all my .45 ammo to finance it's replacement - a Taurus Tracker in .44 magnum. I haven't had any issues with the Tracker either.
Click to expand...

Sooo, you got lucky and bought a good Taurus? And got lucky on the Tracker good job man!
K

Whether your pistol fires reliably is all down to the firing pin protrusion from the breech block. If the tip of the striker protrudes too far, then it could pierce a primer. If it doesn't protrude far enough, then it may fail to set off primers. How long the firing pin lasts in service is a function of the steel used, heat treatment quality control, and having a spring with a proper rate. If everything else about the functioning of the firearm is to your liking, but one specific part is malfunctioning or not working as well as expected, then replace that broken / worn / defective part and drive on.

In a perfect world, the tiny bits of steel that make firearms function would be machined exactly to spec and have perfect heat treatments. In the real world, time is money and lowest cost seldom leads to highest quality. You can always pay more for a more expensive aftermarket part or more expensive firearm, but most people rely on mass manufactured parts from the original manufacturer. Issues like this are an artifact of achievable tolerances in mass manufacturing, as well as quality control processes. If you're satisfied that the firearm functions well and you can shoot it well, then pony up the cash for several replacements for small parts like firing pins, extractors, ejectors, and springs. Having multiple copies of the same type of part also provides a basis for comparison.

Clean and inspect the small parts for signs of damage every 500 to 1,000 rounds fired. I have owned multiple different generations of Glock 17s that ran flawlessly through many thousands of rounds before replacement parts were required, but I still do this. If you're betting your life on this pistol, then maintaining it is part of the deal. There's no way around that. If small parts like firing pins or extractors become chipped, galled or peened, or exhibit hairline cracks, then replace them immediately. 100 rounds is not enough to tell me anything about how well a pistol is holding up, unless parts are already failing. That's not even a break-in period, which I consider to be 500 to 1,000 rounds.

Anyone who tells you that they never break parts on working guns either doesn't shoot often enough to break parts or is lying to you. All firearms parts break with sufficient use. That's a simple fact of life. Some people love to crap all over the choices that others make on the basis of available funds, but you pick something that works well enough for what you want to use it for, learn how to inspect parts and to perform simple repairs, and live with the quirks. I've had Glock parts that either caused the gun to malfunction or broke prematurely as well, so spending more money is not an automatic guarantee that nothing will ever break. In general, that old adage that "you get what you pay for" holds true. A PT-145 in good working order is still infinitely preferable to throwing rocks.

danf_fl said:
I thought Taurus had a lifetime warranty.
That is where I would start before changing parts.
Click to expand...

1. It does.
2. This gun is a service bulletin recall gun, so they will NOT fix it nor issue parts for it. So one option is to trade it in for whatever 9mm Taurus is offering. Or keep it, gamble they stay in business, and get a ray gun in 30 years when those are the replacement guns offered (speculation of course).
3. This thread is 11 years old...
T 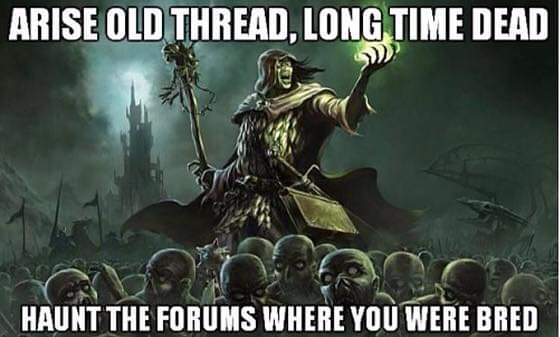 Joined Dec 8, 2012
·
3,299 Posts
I have no issue with answering to an old thread.
Frankly I dont understand the forums etiquette about not doing so.
A forum is not a library and lives by its posts and posters ae always preferablle over lurkers.

Its not like this info ever gets superseded.
L